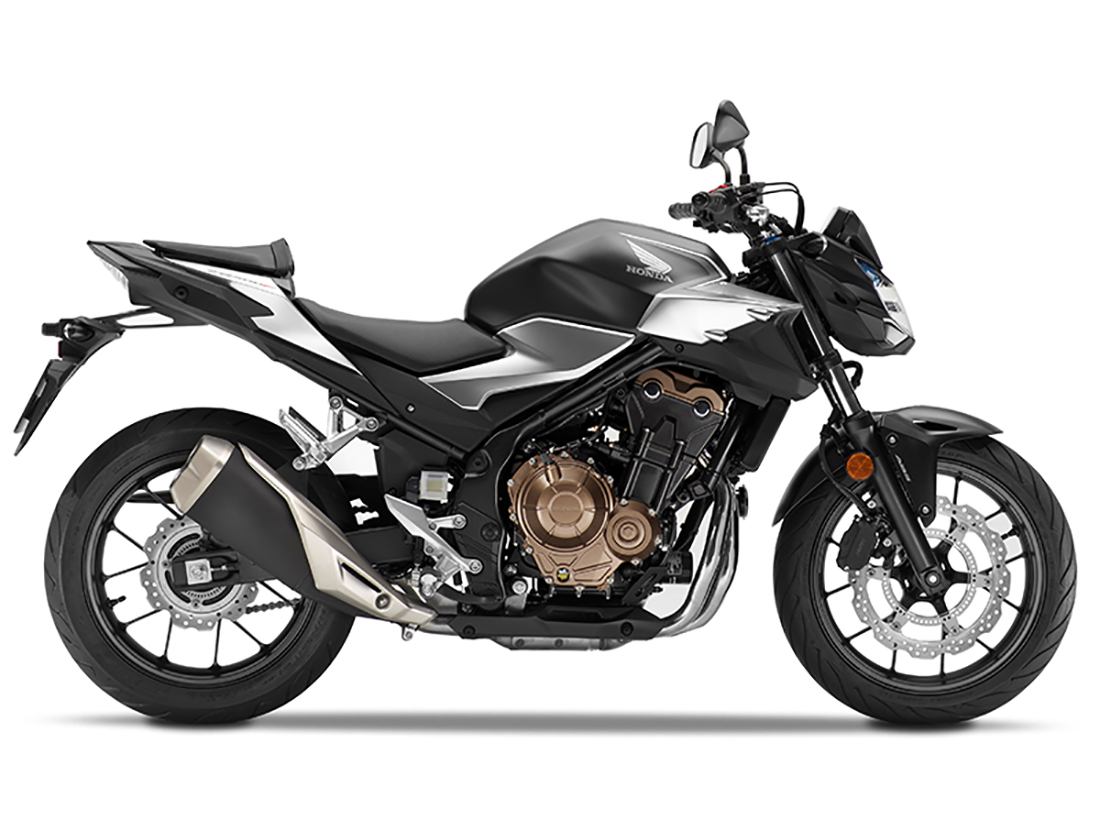 The CB500F has an entertaining twin-cylinder engine wrapped in a simple, lightweight, sporty chassis, which can be as much fun for a veteran rider as it is for those still building their riding experience.

While the CB500Fs compact dimensions and welcoming manners make it a great tool for learning, and sensible running costs are ideal for commuting, those same attributes make it a genuine pleasure for weekend outings. 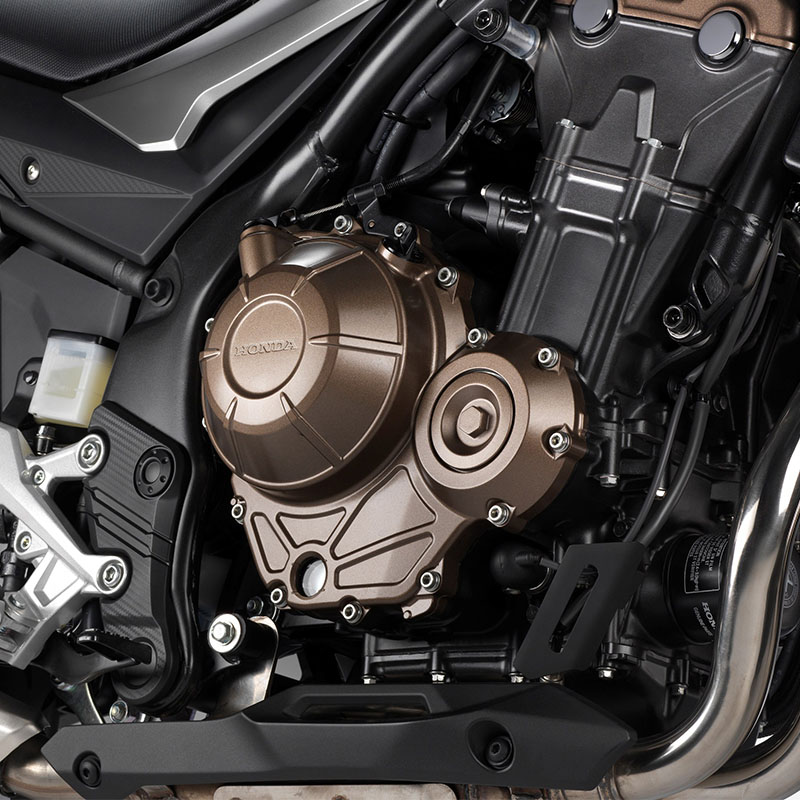 Already strong off the bottom, this year development focused on faster acceleration through a boost in low-to-mid-range power and torque in the 3,000 to 7,000rpm range.

Feeding the PGM-FI fuel injection is now a straight shot of airflow through the airbox and throttle bodies.

The battery has been repositioned further away from the rear of the airbox intake duct to allow greater airflow.

The primary couple-balancer sits behind the cylinders, close to the bike's centre of gravity. The primary and balancer gears use scissor gears, reducing noise.

The crank counterweight is specifically shaped for couple-balance is light to allow the engine to spin freely, with reduced inertia.

A six-speed gearbox mirrors that of the RR and uses the same gear-change arm structure and link mechanism.

The engine complements the frame's rigidity with four frame hangers on the cylinder head.

A silent cam chain has the surface of its pins treated with Vanadium, reducing friction with increased protection against wear.

The unchanged 35mm steel diamond-tube mainframe is light and strong, with a tuned degree of yield that gives optimum feedback to the rider as road surfaces change.

Vibration is minimised by the shape and position of the engine mounts, plus the frame's rigidity balance.

The CB500Fs naked form has evolved front to rear and exudes a newfound aggression.

Led by the penetrating headlight design, the machine's stance is low-set and ready for action; the side shrouds interlock with the fuel tank and fully emphasise the engine, while the side covers and seat unit continue the theme of muscular angularity.

New LCD instruments feature Gear Position and Shift Up indicators; this is set to a default 8,750 rpm but can be adjusted in 250 rpm increments between 5,000 and 8,750 rpm.

The CB500F is suitable for learners as its LAMs approved